Vote for your life in 2020.  The incompetency of Donald John Trump, the 45th and worst president of the United States, has shown he is unfit for office and is a national security risk to all Americans.  Your health alone is reason to vote Donald John Trump and his wannabe gangstas out of public office.  The Covid-19 virus pandemic has killed over 225,197 Americans and the total Corona virus cases in the United States is repeatedly spiking and has reached an all time high of 8,607,419.  There are a total of 42,855,971 worldwide Covid-19 cases and 1,152,065 deaths from this virus.  Donald John Trump’s Chief of Staff, Mark Meadows, indicated the Trump administration has no intention to try and contain the virus.  Vote these murderers out. 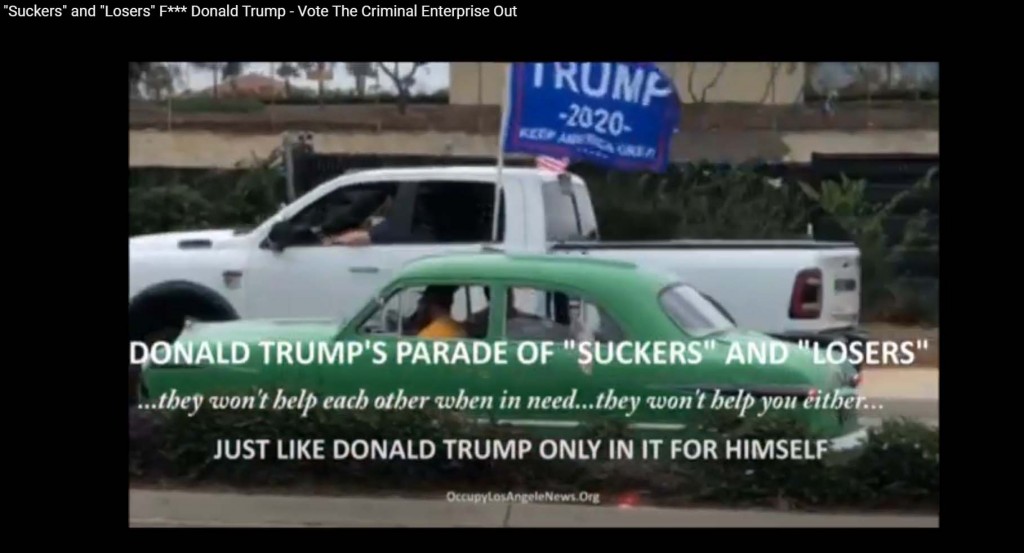 Eric Trump has indicated the Donald John Trump organizational enterprise, which he manages with his brother Donald John Trump Jr., got their money from Russia and didn’t need American banks to help them.  Vote Eric’s daddy out and lock Eric Trump up too when we find out he has broken the law.

Ivanka Trump, has been described by internal Trump staff personnel as being unqualified to receive high level security clearance for highly secret information of the U.S. Government.  Fittingly that the nepotistic appointed one has used her personal unsecured communication devices to send and receive classified government emails. Ivanka Trump has sleazily trafficked in the acquisition of trademarks from China with unknown promises given in return.  Vote her daddy out and lock her up afterwards if we find she has abused the trust of the American people and violated the law. 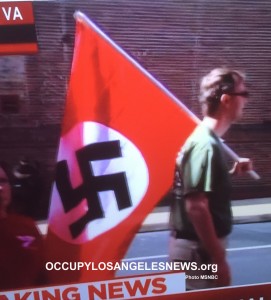 NAZIS VS THE RESISTANCE - FACES OF HATE

Jared Kushner, designated as a slumlord and racist, has been the mastermind of the Donald J. Trump foreign and corrupt brigade.  Kushner has cozied to the royal family of Saudi Arabia, who were responsible for the brutal dismemberment and killing of Jamal Ahmad Khashoggi, a journalist from the Washington Post.  Kushner oversaw the failed national Personal Protective Equipment (PPE) distribution network and the pandemic response team. Jared Kushner is the mastermind behind Donald J. Trump’s strategy to simply let Americans die during the pandemic because certain demographics of those deaths are of little concern to him. Donald John Trump referred to 225,697 dead Americans as “virtually nobody.”  Earlier Donald John Trump explained to the American people that Jared Kushner’s genocidal guided policies led to Donald John Trump’s administration’s aim to achieve “heard mentality”.  Trump was referring to heard immunity which literally means hundreds of millions of Americans must become infected with Covid-19 in hopes that herd immunity to the disease is developed and that immunity will help to protect the nation as a whole.  Scientists indicates Donald John Trump’s approach means millions of American will still die from Donald John Trump’s ineptness and his failed understanding of science.  For these inhumane and deadly reason vote Jared Kushner’s daddy in-law out.  By the way, lock Jared Kushner up afterwards if we find the $36 million he earned in 2019, while posing as a government official, was obtained in violation of American or foreign laws.

Donald John Trump Jr. should just be locked up because he’s married to a really big mouth person.

First Lady Melania Trump should be relegated into shame for riding into the United States on an “Einstein Visa” working as a risque model. Most shameful thing, this immigrant, a new “American” was found to have stolen and delivered a speech written by First Lady of The United States Michele Obama, a Black woman who is married to President Barack Obama, America’s first Black president. Shamefully Melania Trump, the neophyte immigrant falsely promoted her racist husband’s claim that Barack Obama was not born in The United States of America. Melania Trump promoted birther-ism and should be shunned as a racist enabler at the least if not a racist herself outright which is apparent to argue. If evidence is provided, lock Melania Trump up for immigration fraud.

Donald John Trump has packed the United States judiciary with woefully unqualified judges, some have never tried a case.  All of these appointees are white.  Vote him out at a time when racial justice is demanded and more, not less, diversity is needed on the judicial courts in the USA.

Donald John Trump is a racist and the biggest racist public figure in modern history. 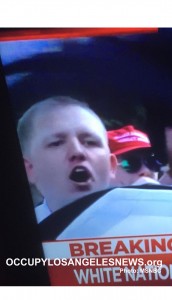 Not since the 7th President of the United States, Andrew Jackson, has America seen such hate in a nationally elected man who is tasked with leading a diverse nation comprised of immigrants.  When Donald John Trump, early on in his presidency, referred to Nazis who were marching against peaceful protestors in Charlottesville Virginia as being “very fine people” America was shocked and took notice.  At the same time, the world saw a failure at a nationally televised debate where he refused to condemn the Ku Klux Klan and other related white supremacist groups like the racists “Boogaloo Bois” and “Proud Boys” – all are known domestic terrorist groups. Vote the racist Donald John Trump out.

Trump was impeached by the Congress of the United States for trying to bribe the nation of Ukraine to obtain “dirt on Joe Biden” his political opponent in the 2020 election.  Vote Donald John Trump out because the coward Republicans in the Senate wouldn’t honor their duty and oath to the American people to protects us all from enemies foreign and domestic. Then vote those same criminal enabling Republicans out of office and lock those traitors up for aiding and abetting a wannabe dictator.  Lock them up.

Finally this editor encourages the World Court in The Hague to summon Donald John Trump to answer for violations and crimes against humanity for brutally caging, and permanently separating children from their families who were simply seeking asylum and a better life in America. 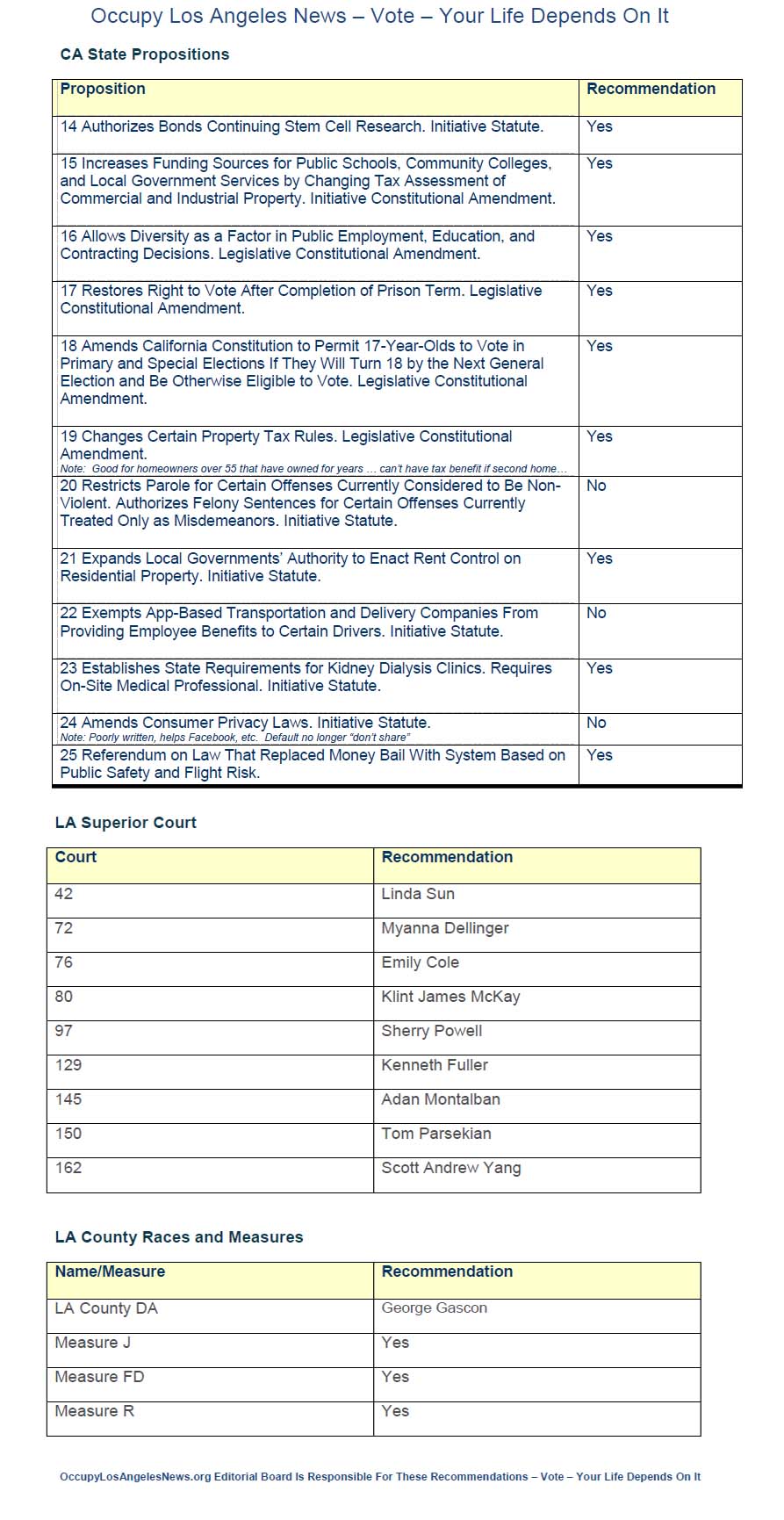