A deadly assault upon the US Capitol took place on 1.6.2021 and there was plenty of film footage/evidence, left online by the assaulting terrorists themselves. Some film clips were live-streamed to a now defunct website named Parler (click the photo in this article to view). Parler was a right winged platform filled with hate speech. In this film footage the terrorists are shown forcing themselves through Capitol doors that are guarded by police officers.

Thanks to social media, PhoenixOnWheels.Tumblr.com and TommyCarstensen.com/terrorism/index.html many of the Capitol terrorists will not escape into the annals of history without being identified and prosecuted.

PhoenixOnWheels is a blog run by a “Chronically ill Cripple Punk on wheels.” PhoenixOnWheels has chronicled the riots from very early on and recently published a link to TommyCarstensen.com who managed to copy videos posted by insurgents onto Parler before Amazon removed them from its web server platform. PhoenixOnWheels’ indicated the “Parler video archive of the Capitol coup attempt is now out and there are thousands of videos in it.” Click the photo in this article to view one of those “videos.” 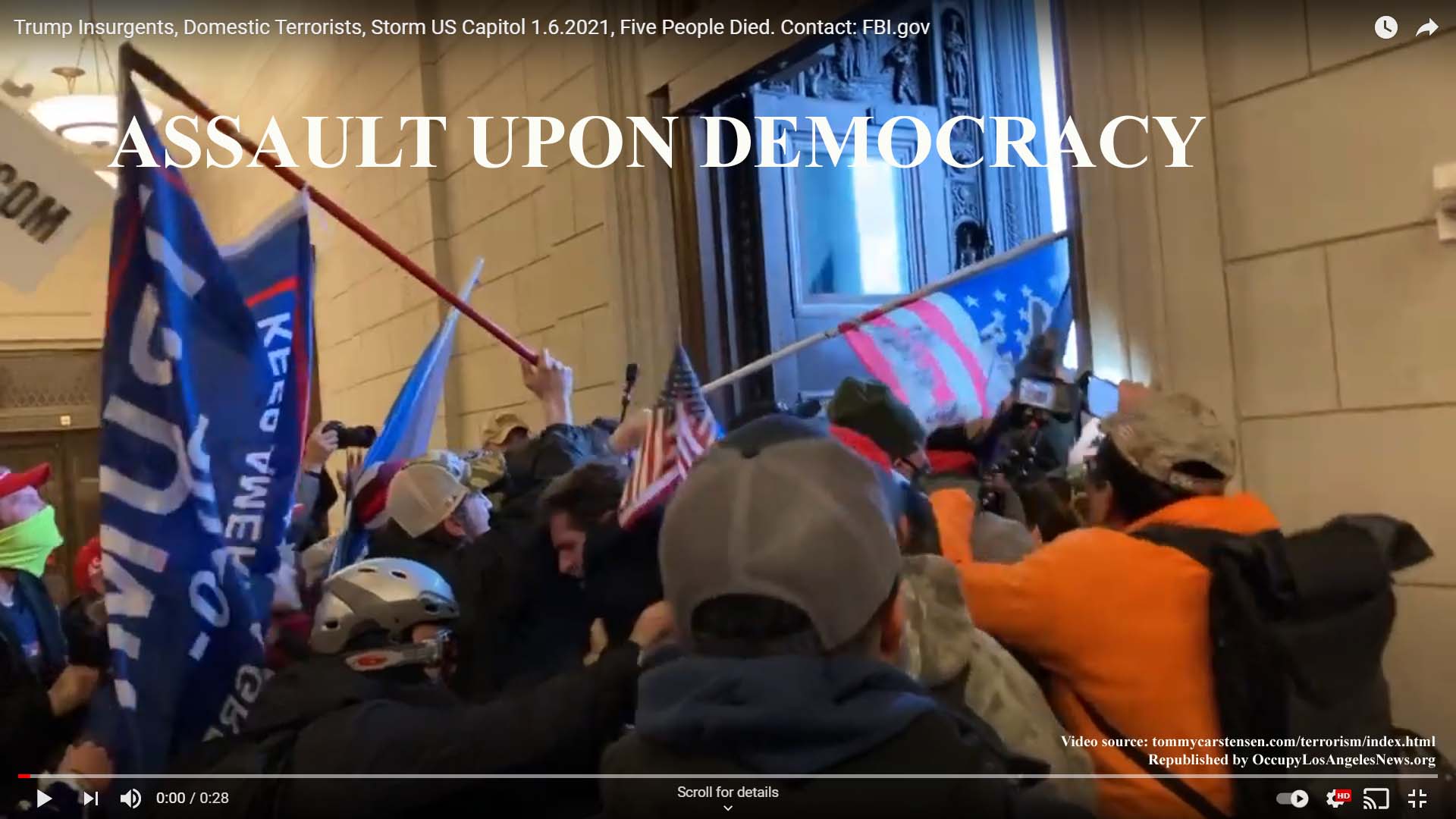 The FBI is seeking information on any individuals participating in the 1.6.2021 deadly insurrection in Washington DC which was incited by Donald John Trump, the 45th President of The United States. The House of Representatives impeached Trump for the second time on 1.13.2021 just one week after the vicious and unpatriotic attack upon our nation happened. The House of Representatives, in a bi-partisan vote, blamed Trump for the violence. If you have information to share regarding any of the terrorists seen in this film clip you may contact the FBI at FBI.GOV